Recent discussion over reason and religion has been so overshadowed by the work of Richard Dawkins and his ilk, that it might surprise some to suggest a debate could ever take place between the two. It might be the case that such debates have a tendency towards polarity, but the dead hand of fundamentalism on both sides has cast a shadow over what amounts to a tension of real significance in modern life. Conceptions of faith and divinity may be cast as delusional by some, but religious understandings of the world, and their shaping of morality, conscience and meaning have implications for society that go beyond simplistic and rigid takes on secular or even post-secular society. It is also evident that religious orientations of various stripes continue to exert a powerful influence on many aspects of everyday life. 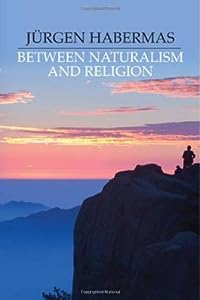 modern reason”, a paper originally published in 2007 in Neue Zürcher Zeitung and later reprinted in 2010 as part of the collection An awareness of what is missing: faith and reason in a post-secular age (a short collection comprising the original article plus a number of replies, including Habermas’ own).

In the paper, Habermas states that for meaningful dialogue to occur between reason and religion, two presuppositions must be fulfilled:

The religious side must accept the authority of ‘natural’ reason as the fallible results of the institutionalised sciences and the basic principles of universalistic egalitarianism in law and morality. Conversely, secular reason may not set itself up as the judge concerning truths of faith, even though in the end it can accept as reasonable only what it can translate as its own, in principle universally accessible, discourses.

This construction of a starting point/stand-off/compromise between the two sides can be debated forever, but it should be noted that Habermas at the very least is positing the existence of a false dichotomy between the two (like any good critical theorist should). At the same time, Habermas also argues that ‘the cleavage between secular knowledge and revealed knowledge [i.e., revelatory knowledge] cannot be bridged’. Such a take on the relationship between faith and reason is also very much open to debate – part 2 explores this issue in more depth, via Brecht, The City of Mahagonny and Habemas’ own notion of validity claims.