A welcome tendency in recent research on social class is to place significance on the affective domain – as Hebson puts it, ‘feelings of guilt, fear and shame are now on the class agenda’. Numerous authors have explored the emotional lives of people working and studying in classed positions, echoing the earlier work of Sennet and Cobb and their classic work The hidden injuries of class. It also echoes earlier dramatisations of working class life, such as the film A taste of honey (pictured above), an example of the so-called ‘kitchen sink’ genre that helped flesh out the emotional worlds of working-class communities in the North of England (Salford, in the case of A taste of honey). 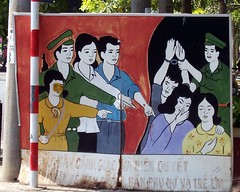 That it has taken researchers so long to follow their lead and take the emotional content of social class seriously is strange, and might say something significant about the nature of academic knowledge. But better late than never, this more recent work is at pains to emphasise how emotions such as shame and pride are at the centre of classed identities, going so far as to argue for them as classed processes.

And it is at this point that things get tricky. If emotions such as shame are the effects of class positioning, then it is difficult to understand shame outside of these contexts – i.e, there is a denial of the potential for shame as existing prior to class divisions/cultural positioning. As Andrew Sayer put it,

..feelings associated with class such as envy, resentment, compassion, contempt, shame, pride, deference and condescension are evaluative responses to particular properties of class inequalities and relations. They are influenced but not predetermined by position within the social field.

If it is accepted that the capacity for shame exists outside the dimensions of class, then

the specific dimensions of shame should be accounted for. Like many emotions, much of the evidence strongly indicates that shame is a relational process – i.e., it exists in relation to others. It is a powerful amalgam of many other relational sensibilities, such as dishonour, disgrace, embarrassment and humiliation. Shame may be the cause of much personal and private sorrow, but its root are relational.

What would be much more useful is if researchers focused on how the relations of class (specifically the division of labour and its consequences) interacted with the world of interpersonal relations – without confusing one with the other and reducing complex emotional questions to simplistic causations and trivialities. For all the talk of complexity in academia, it’s surprising how little ends up in discussions of the things that really matter.

1 reply on “The Location of Shame”

[…] the Mark Posted on February 29, 2012 by dirtylooks A previous post, the location of shame, made the case against those who view the relational world as either a sub-set of social class or […]